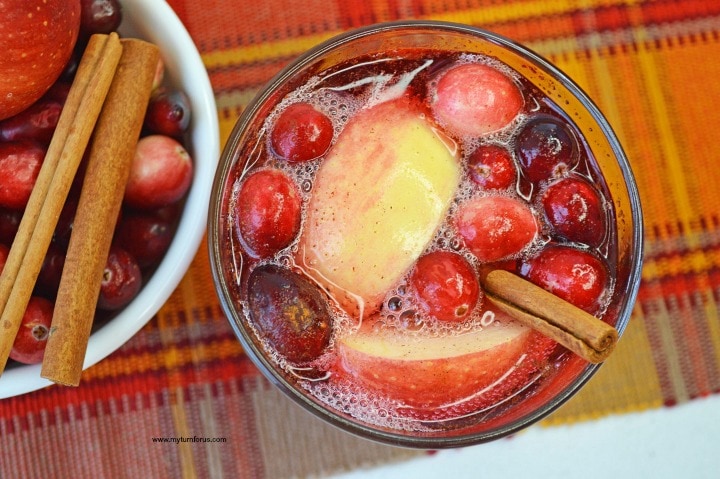 We love a great mimosa but the same old flavors can get a little boring.   It’s always fun to be seasonal with our cocktails or beverages just like our menus.    This Cinnamon Apple Cranberry Mimosa has all the flavors of fall and can either be made with champagne or with sparkling cider to please the entire family. 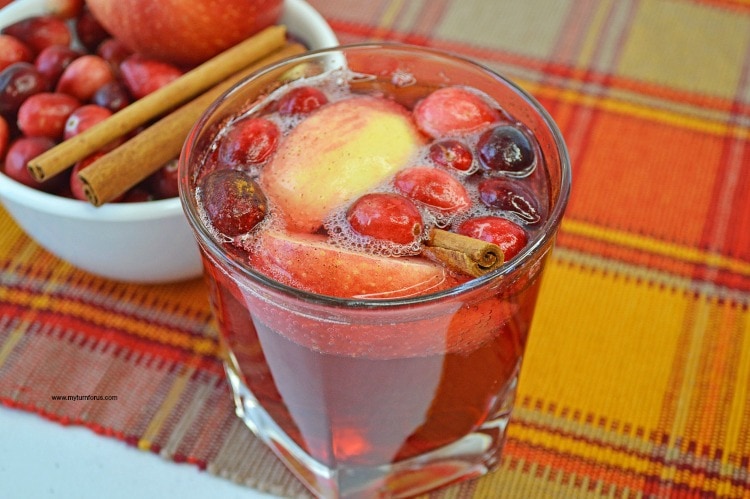 This post may contain affiliate links which means if you make a purchase we might receive a small commission at no additional cost to you.

This  extra amount of cranberry juice vs the cider.    And with the addition of champagne turns it into a delicious Apple Cider Mimosa.

What’s in this Apple Cider Cocktail:

How to Make a Cinnamon Apple Cranberry Mimosa: 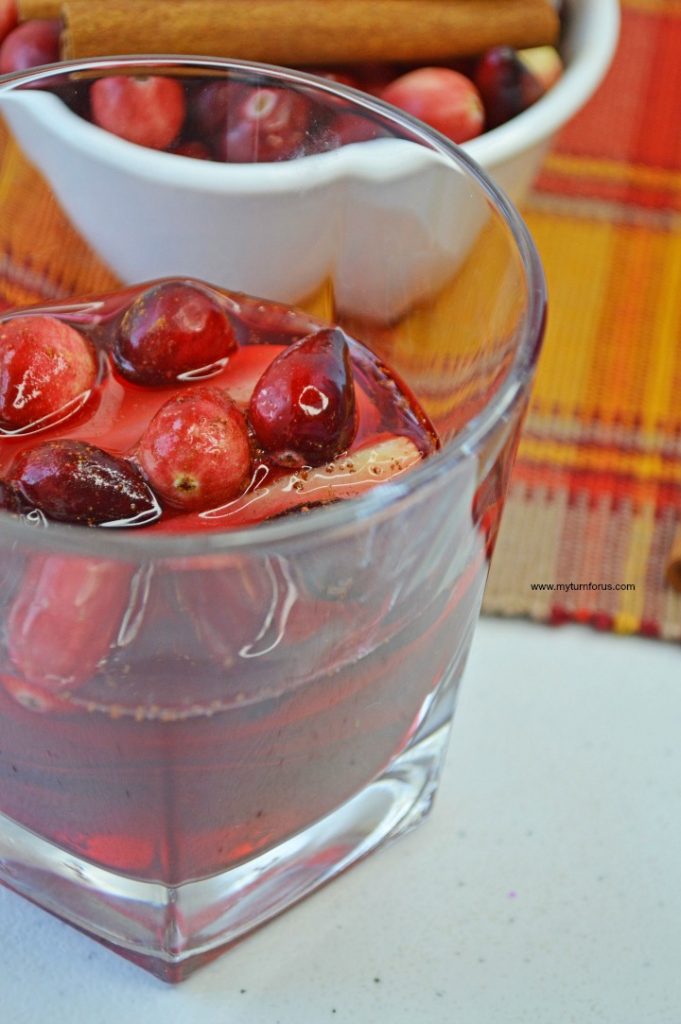 Note: An apple slicer can make cutting uniform slices easy and it’s well worth the small cost.  Also, a small colander is very helpful for washing the berries. 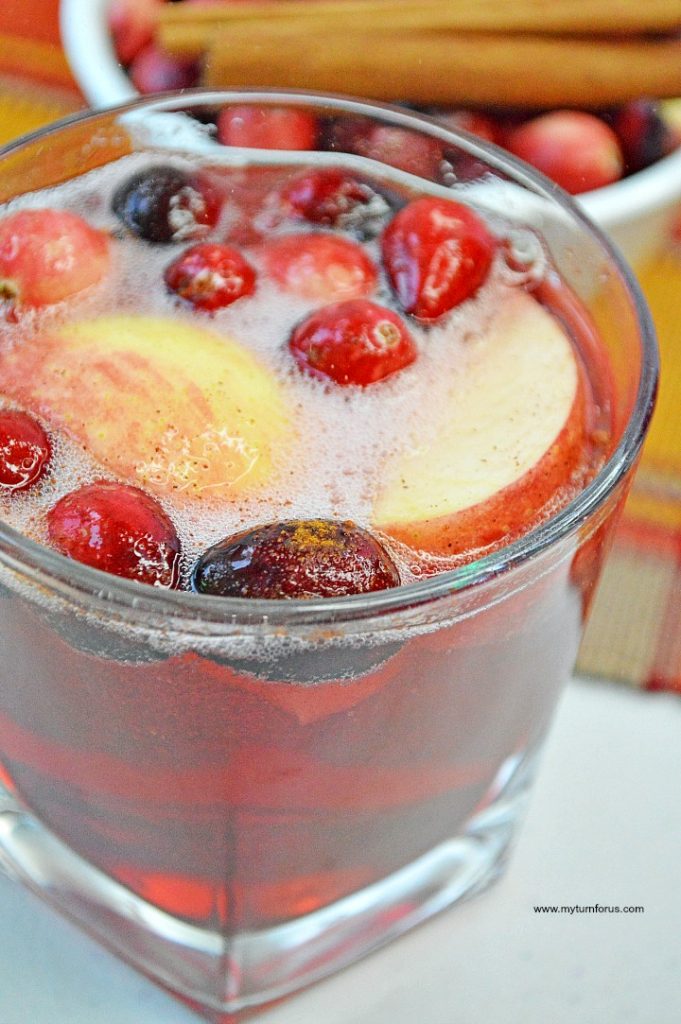 You can top the glass with champagne for the adult version of this Cranberry mimosa or add sparkling cider for the non-alcoholic version.   Either way, it is delicious and one can just taste the flavors of fall. 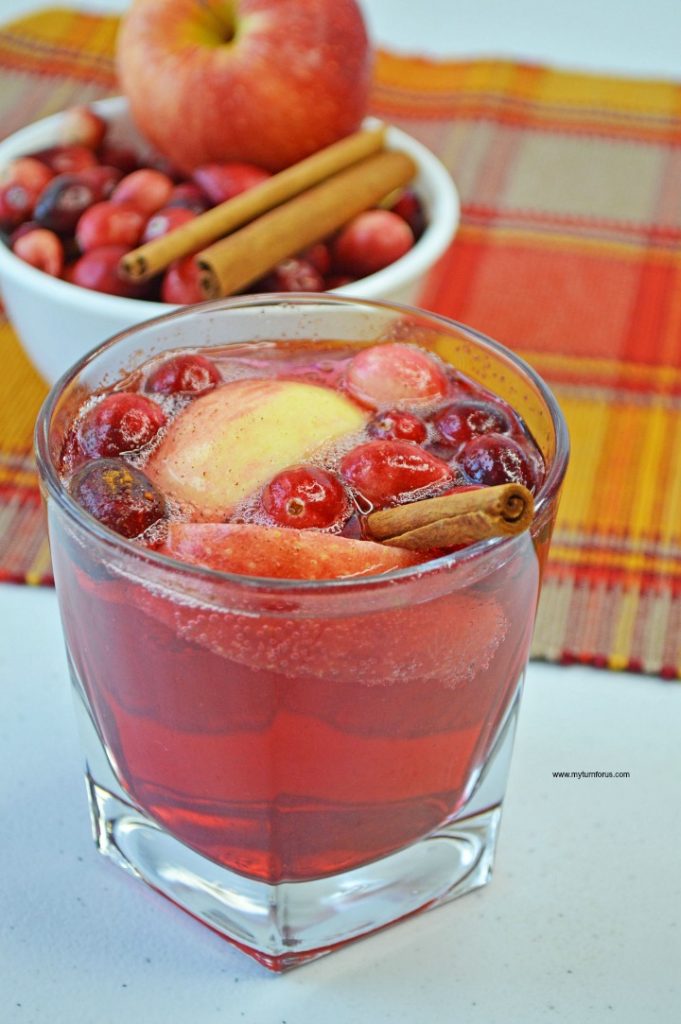 This Cinnamon Apple Cranberry Mimosa would be great for any of your fall and winter parties.  It would be a great beverage for Thanksgiving or Christmas dinner.   Or since it’s really a mimosa why don’t make and serve a couple with Brunch for either holiday.  And a Apple Cider mimosa is delicious while sitting beside the fall on a cool fall day. 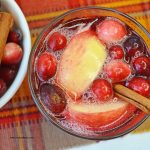