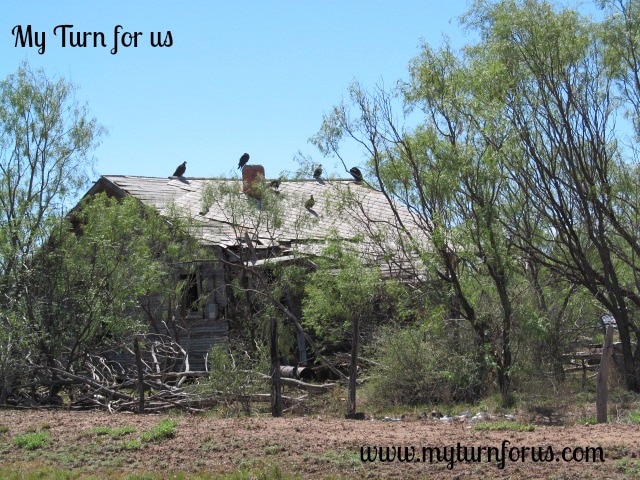 When we visit our land in Abilene, Texas, we always pass this deserted farmhouse and I notice it seems to be a hang out for some unsavorily characters.  On our recent trip, I decided it needed further investigation so we stopped and I grabbed my camera and zeroed in on these bad boys! 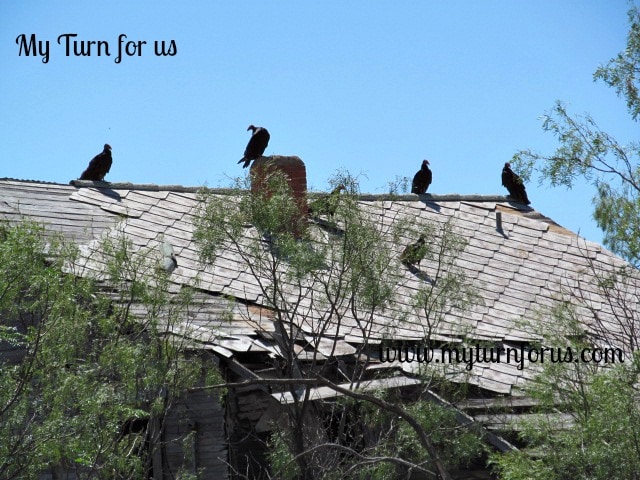 I was right!!
Roof Top Buzzards aka Turkey Vultures! 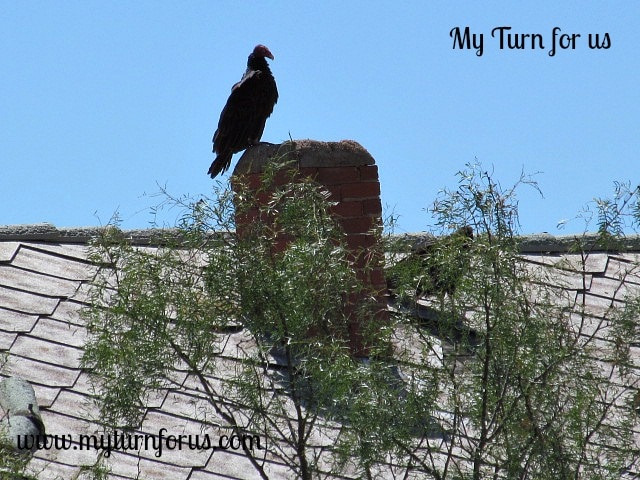 I do believe this is the Buzzard Leader or is he the Buzzard King!
Do Buzzards have leaders or kings?
But he just has to be in charge since he had the place of honor, the throne, aka the chimney. 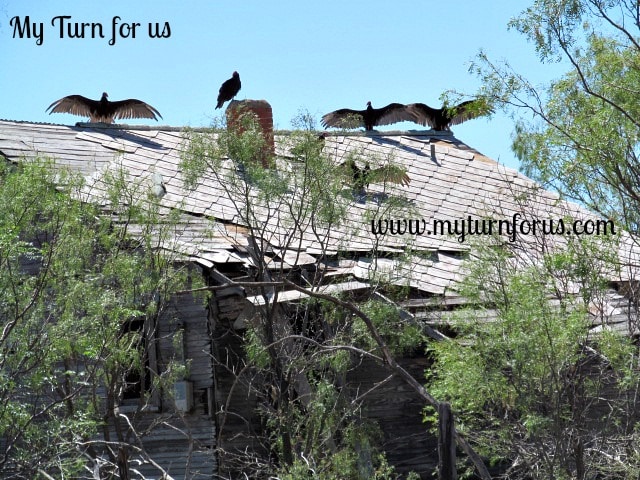 Not sure if these guys were posing for me or if they were trying to scare me away.   But slowly one at a time they extended their wings and just froze in that position!  Except the King (or leader), he just surveyed his domain and appeared bored.   I know that a group of buzzards is often called a “committee” so maybe they were conducting a special secret “committee” meeting which I ungraciously interrupted.    I quickly made my apologies and left so they could…. (do whatever buzzards do sitting on a farm house roof).
This brings to mind that part in Jungle Book with the four Buzzards sitting on a tree branch and asking in their Liverpool accents “What you wonna do?” “I don’t know, what you wonna do?”

Very cool Evelyn. I am a huge bird watcher and these guys are awesome!

Oh wow, I love your post and pictures, I love to see old buildings and wonder their storys :)

Thank you so much for linking-up at Pin It Monday Hop#14. We appreciate for taking the time to share your post with us. If you have extra time, please stop by and check what other Bloggers are sharing. See you

Awesome pics! Buzzards are interesting creatures. Sometimes I want to know what they're thinking. LOL! Thanks for sharing your post with us @ My Favorite Posts SHOW OFF Weekend Blog Party :)