I know it’s the day after Halloween and the candy is piled up, your kids have hit every friend, neighbor and family member and they have a mother lode of sugary treats.  And on top of all that, you bought plenty for the neighborhood kids and you still have candy leftovers.   You have visions of nothing but candy wrappers until Thanksgiving.
What are we going to do to stop the candy overload?  How about making Candy Bar Brownies or you could make M&M Brownies? 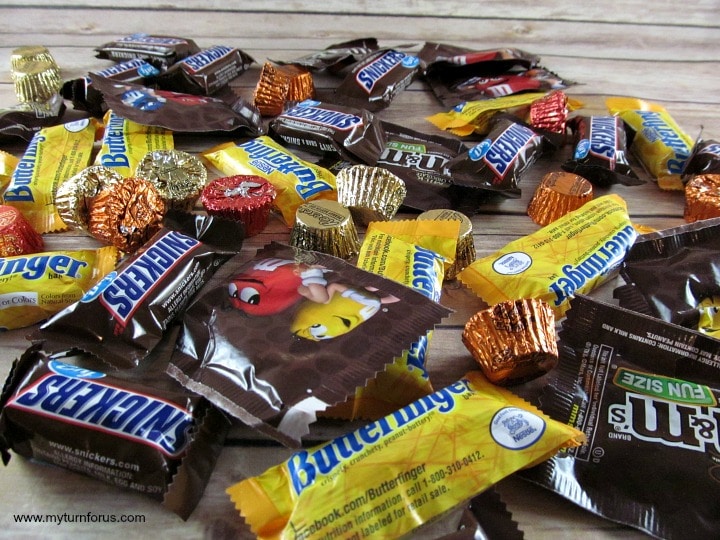 This post may contain affiliate links which means if you purchase we may receive a small commission at no additional cost to you.

When I was a kid growing up in the early ’60s, we would bring home grocery bags of candy at Halloween.  We went to every house as fast as we could and even dropped off a full bag and picked up another empty bag.   Then we continued until it was too late to stay out.   And this was even after mother wouldn’t let us start until it was good and dark.  Yeah, that was totally against the rules, it was totally taboo to start trick or treating when the sun was still shining, it had to be good and dark before we left the house. But I don’t think we ever waited, I think mother just got worn down from us asking if we could go out so many times, she would relent.

What a different time, a simpler time where kids would leave the house after dark, most of us unescorted by adults and go to any and all stranger’s houses in a 5-mile radius to go trick or treating.    I can’t always remember what I dressed up as or what superhero or character I was but I still remember all that loot.
Of course, we didn’t need all that candy and I’m sure Mother would dispose of loads of it.  Not sure if anyone worried about sugar overloads in that era but I’m sure mother worried about finding lost pieces of candy “stuck” around the house for the next 6 months.

And to her horror, we always had loads and loads of bubble gum.   Did anyone besides us fall asleep chewing bubble gum and wake up with it stuck in your hair?  I always got into trouble for that one, and all the little gaps cut into my hair, I’m sure were very attractive.
I remember we would sit down and go through our riches and trade for our favorites. And one thing that was exactly the same back then as now was the bars of chocolate were always valued, they were the treasures of the night.  The house that gave out chocolate bars was always revered and we gave it the utmost respect for all the coming year.  And those are what we need to make these candy bar brownies.

How to Make Candy Bar Loaded Brownies and M&M Brownies

The chocolate candy bars are still the treasures of the night, they are not only delicious but can be made into some of the best  Halloween Brownies.   That’s right it’s time to take it to a whole new level and turn those into loaded brownies. 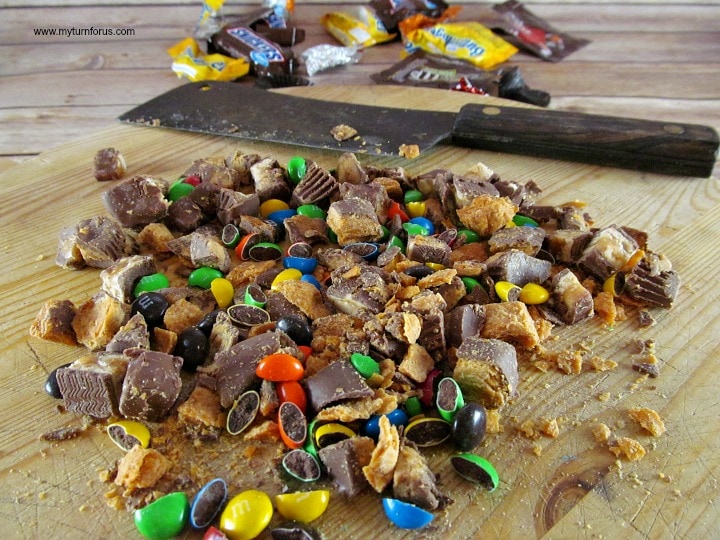 Start your Halloween Brownies by chopping several different kinds of candy bars into bite-size pieces. We used butterfingers, Hershey bars, snickers and Reeces and M&M’s.   But if you are just making M&M brownies you can either chop the M&M’s or use them whole. 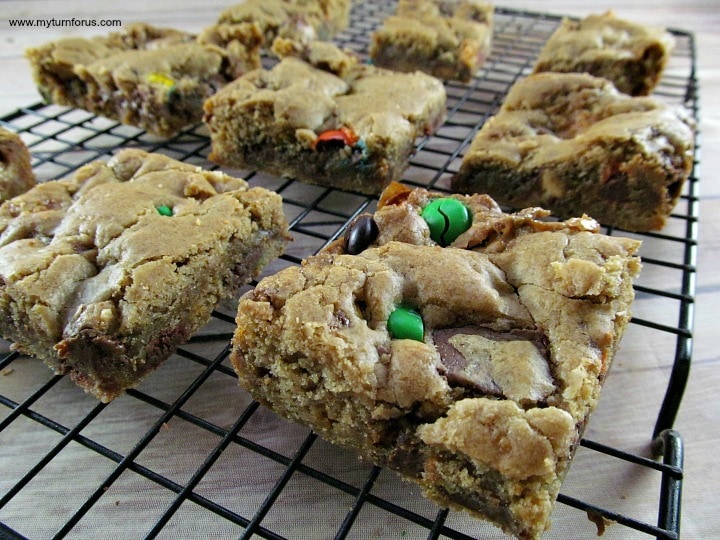 Throw all that chocolate into a basic brownie mix and you have the most amazing loaded brownies.   A pan of candy bar brownies that your children will beg you to make, I bet they will totally donate their prized chocolate to the endeavor. 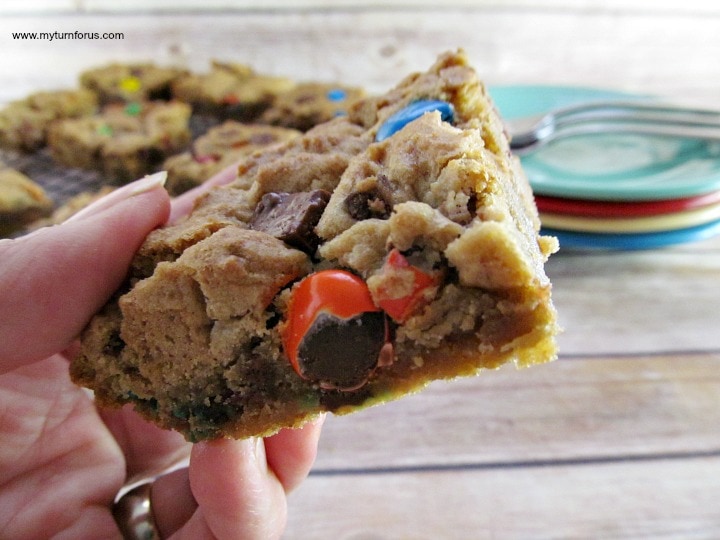 These Loaded Brownies are filled with leftover Halloween loot.   A bite into these Halloween brownies delivers that special blend where the crust is done on the outside but they are still nice and chewy on the inside and the chocolate taste explodes in your mouth and will make your taste buds swoon.

If you enjoyed these Halloween Brownies then see these: 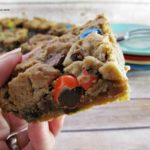 Make this  wire heart bookmark with these easy instructions on how to make wire hearts for Valentines day.  This super cute DIY wire bookmark makes cool gifts for readers of all ages.     A year or so ago we made a cute Shamrock wire bookmark that was very popular.   So we decided to make a…