This slow cooker Texas bbq pulled pork sandwich recipe is served a little different than southern pulled pork.  And it’s a little bit spicier.  Of course, I don’t speak for all Texans but in our household, we don’t like it sweet.   We would rather have it a little more spicy and coleslaw is on the side not on the sandwich. 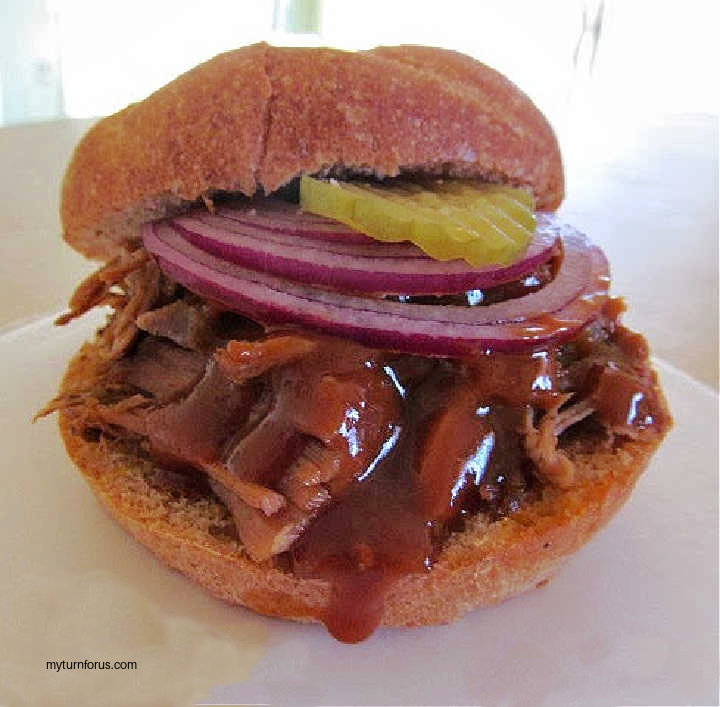 I think we can all agree the best pulled pork is slowly smoked in a pit, Texas style.  And that smoked Texas pork is amazing, you just can’t beat the flavor.     But sometimes it’s just too hot to hang out next to a smoker.     Texas summers can be brutal and I’m sure you feel the same where you live.   So we are left without good pulled pork or we come up with a solution.   We turned to our slow cooker or crockpot to come up with an easy Texas BBQ Pulled pork recipe that will rock our tastebuds.
This post may contain affiliate links which means if you purchase we might receive a small commission at no additional cost to you. 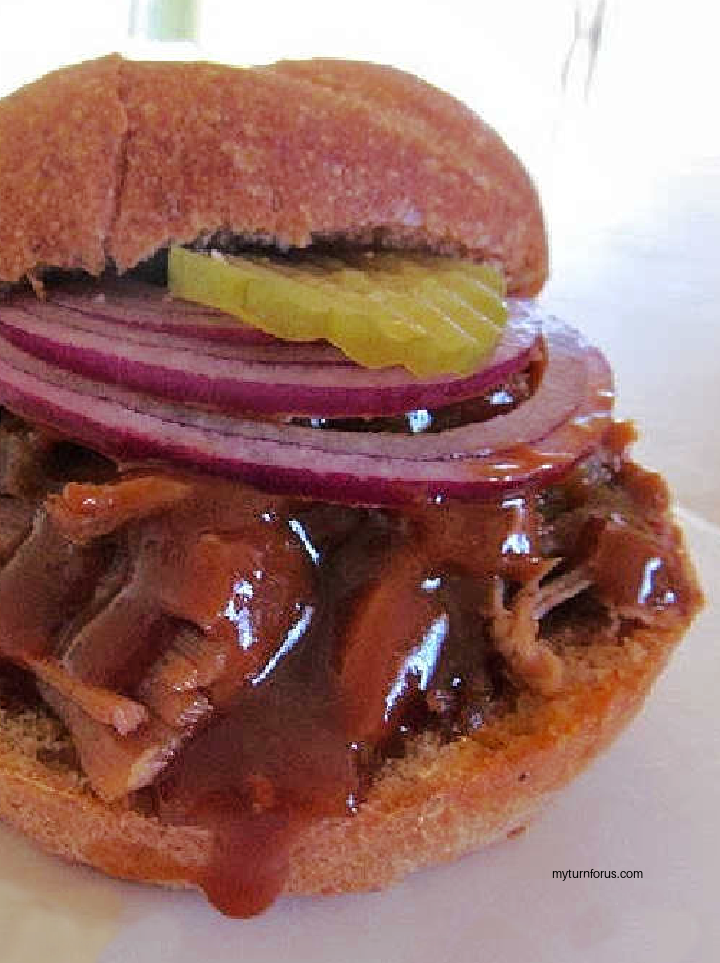 This easy Texas BBQ pulled pork recipe is made in your slow cooker or crockpot and has a bit of a “bite”!    In smoking meat, whether it be a great Texas brisket or a nice pork roast, usually a seasoned rub is applied.  Most everyone I know has their own blend of seasonings and spices that go into their rub. But they can also be purchased. And then the meat is placed in a smoker or bbq pit and slow cooked.
So our dilemma today was to obtain this great flavor in the slow cooker.  We need to replace our rub with a sauce that will add seasoning and great flavor.   We aren’t trying to replace that smoked pulled pork, I not sure that flavor can be duplicated outside a smoker.   But we are merely coming up with a delicious pulled pork sandwich and staying cool at the same time.

How to Make a Texas pulled pork sandwich

To Assemble the Pulled Pork sandwich

I am a Texas gal and I love my BBQ with a “bite”.   A “bite” is used to describe the spiciness or the heat of a pepper. For instance, “That jalapeño has a bit of a bite!”   There are several ways to add  “bite” to our recipe but I have just discovered Franks Red Hot Sauce.  I’m not sure where it was hiding all my life, but I am loving it.   This and few other ingredients and we have created a marinade that will bring a great flavor to our crockpot pulled pork.   We also used Franks Red Hot Sauce and a few other ingredients to make an amazing homemade barbecue sauce.   This spicy sauce is also delicious on other dishes including bbq brisket and other roasted meat.

Also in my part of Texas, we serve our BBQ with plenty of sliced onions and pickles.   And the coleslaw is on the side not on the bun.  But if you would like, add whatever your heart desires on this Texas BBQ Pulled Pork Sandwich.   We don’t judge.

I love me some pulled pork!! yum-o!

My son just loved this pulled pork. I think he would eat it at every meal if we would let him.

Sounds so good! =)I made a similar recipe using chicken this past weekend in my new 4 qt Slow cooker. =)

This was really good and I loved the addition of hot sauce.

This was so good! That Franks sauce and a lot of Worcestershire sauce and I love the flavor it adds. Thanks for the recipe