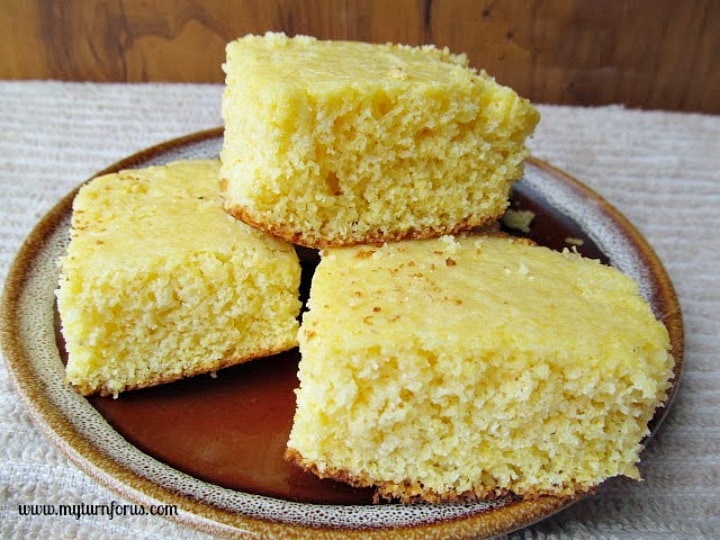 Did you grow up with eating squares of cornbread, oh my goodness, we certainly did?    We ate this traditional cornbread with everything but mainly with beans, fried taters, and canned tomatoes and macaroni.  And we really didn’t appreciate it as much as we do now.  Isn’t that just the case?    And this traditional cornbread recipe was cooked in mom’s large baking pan and we always fought over the corners.   This moist cornbread is exactly how mom made it    We grew up on this down-home traditional cornbread along with other simple but wholesome recipes

How to Make this Old Fashioned Cornbread Recipe 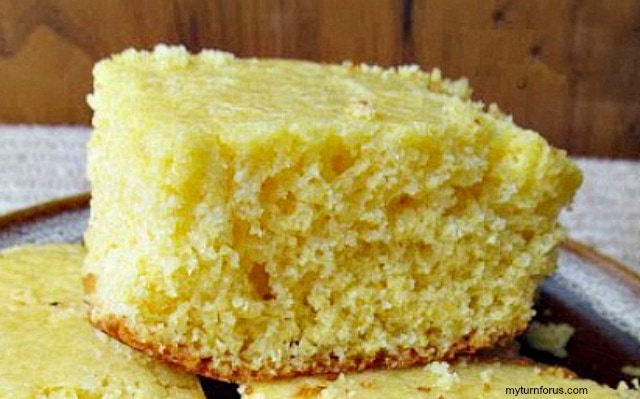 Heat your oven to 400 degrees F and grease or spray a 9 X 13 pan with a nonstick cooking spray.   Using a mixer beat milk, butter, and eggs in a large bowl.   Stir in remaining ingredients.    Pour the cornbread batter into your prepared pan and bake 20-25 minutes.

This an old fashioned cornbread recipe for a bigger pan because mom always made extra.  Dad used to eat the leftovers the next day crumbled in a cold glass of milk.  And it was like dessert to him.   And we like to make this traditional cornbread recipe since we use it for our amazing Cornbread Dressing or Stuffing at Thanksgiving.   Isn’t it crazy how traditional cornbread tastes better than it did when we were kids and had it every day?

Serve this Traditional Cornbread Recipe with: 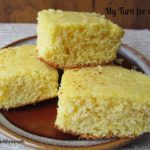