This is a Cheesy potato soup recipe that is served topped with bacon and cheese.   It’s a super delicious cheesy slow cooker potato soup.   This Crockpot potato soup is a Campbells cheddar cheese soup recipe. 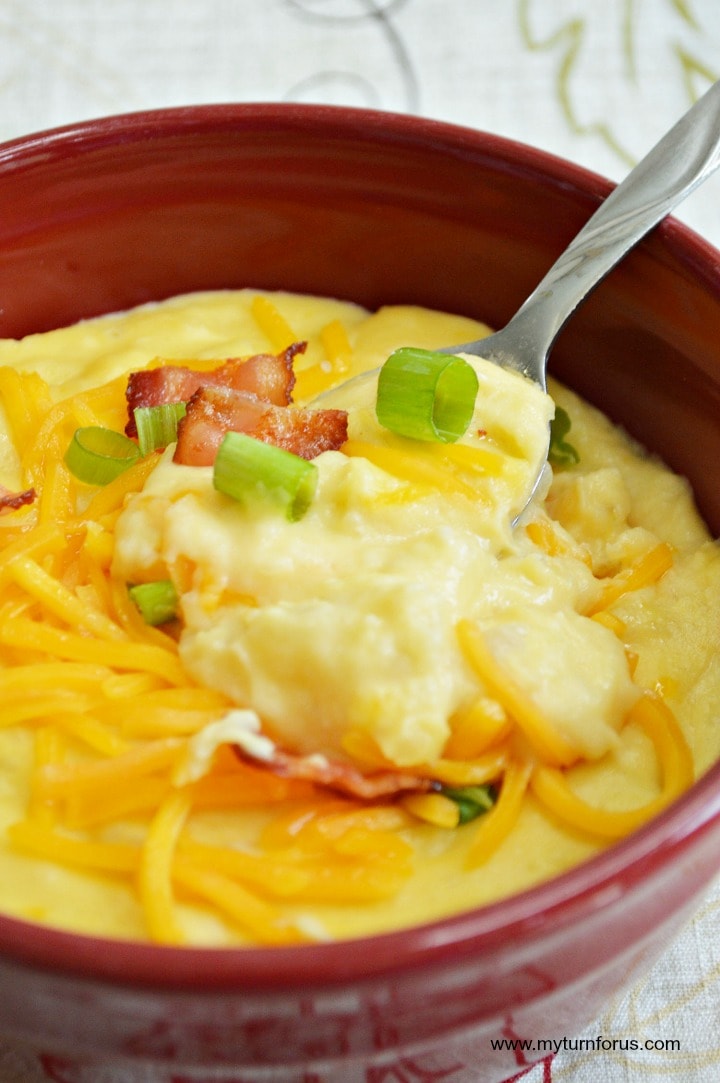 Most of the time we try to use fresh ingredients in our recipes.    But since canned cream soups are so incredibly loaded with flavor, we can’t dismiss them.  They rock so much flavor and we make sure we always have a few in the pantry at all times.   There are so many Campbell’s cheddar cheese soup recipes, but this crockpot potato soup is one of our favorites. 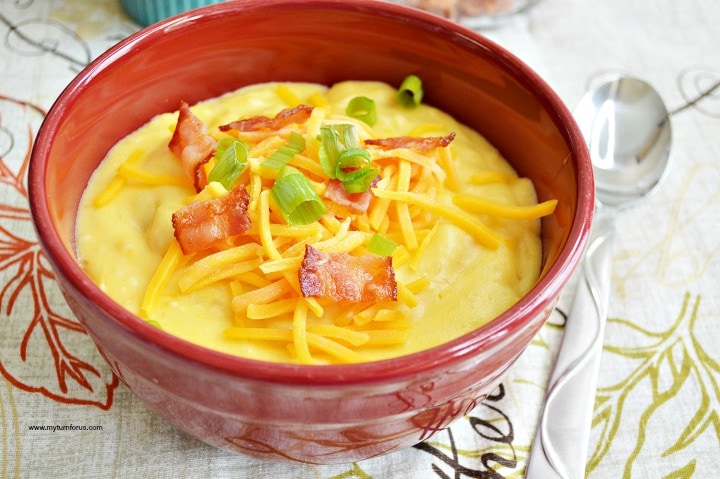 Crockpots or slow cookers are such a help in a busy kitchen.  It makes the day so less stressful knowing you have a delicious meal cooking away while you are busy with other duties.   We make this easy cheesy potato soup recipe in a crockpot using fresh ingredients.    And then we added a can of cheddar cheese soup to our crockpot potato soup for added flavor.

How to Make Cheesy Potato Soup in a Crockpot: 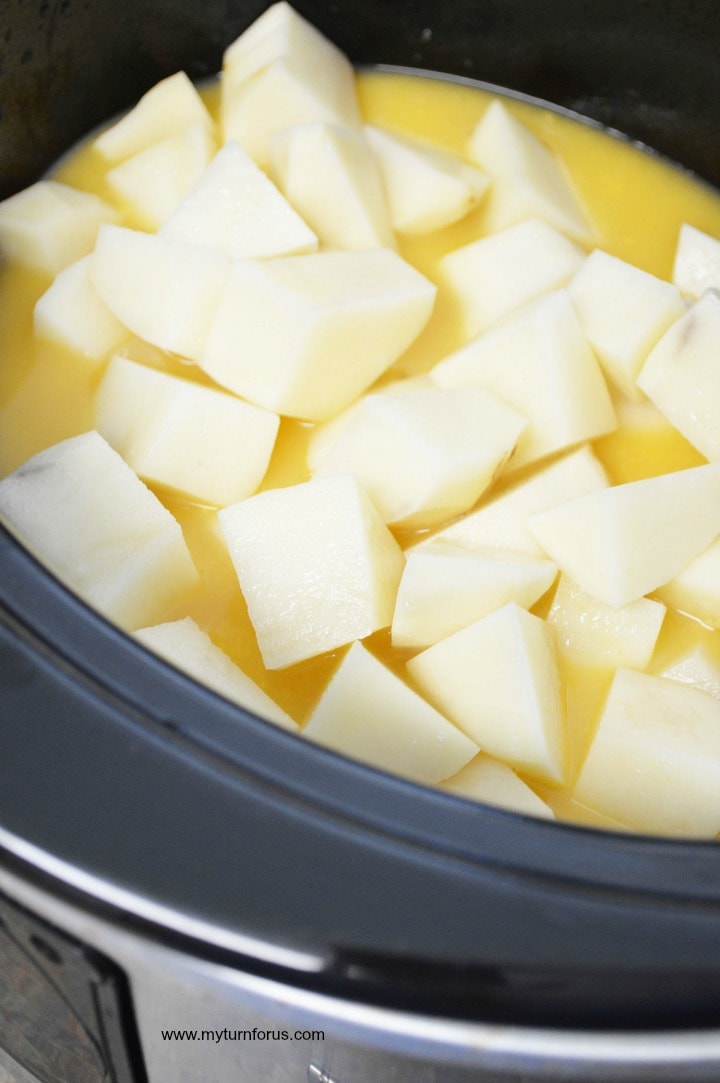 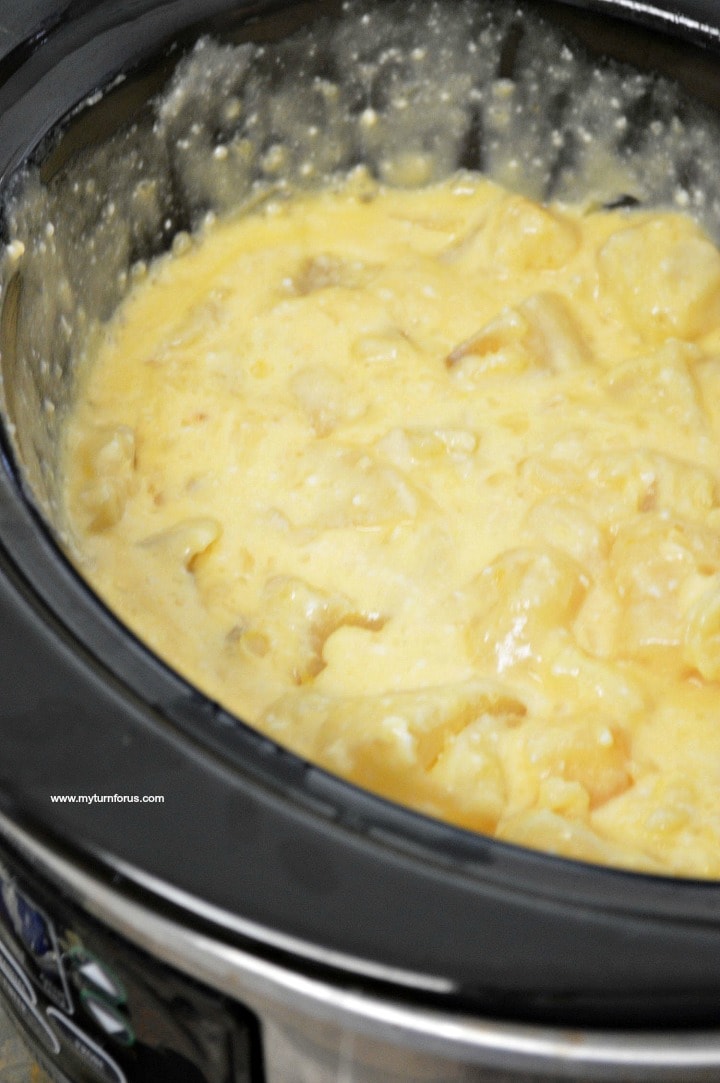 Thirty minutes before the end time, use a potato masher to mash up about one half the cooked potato mixture. 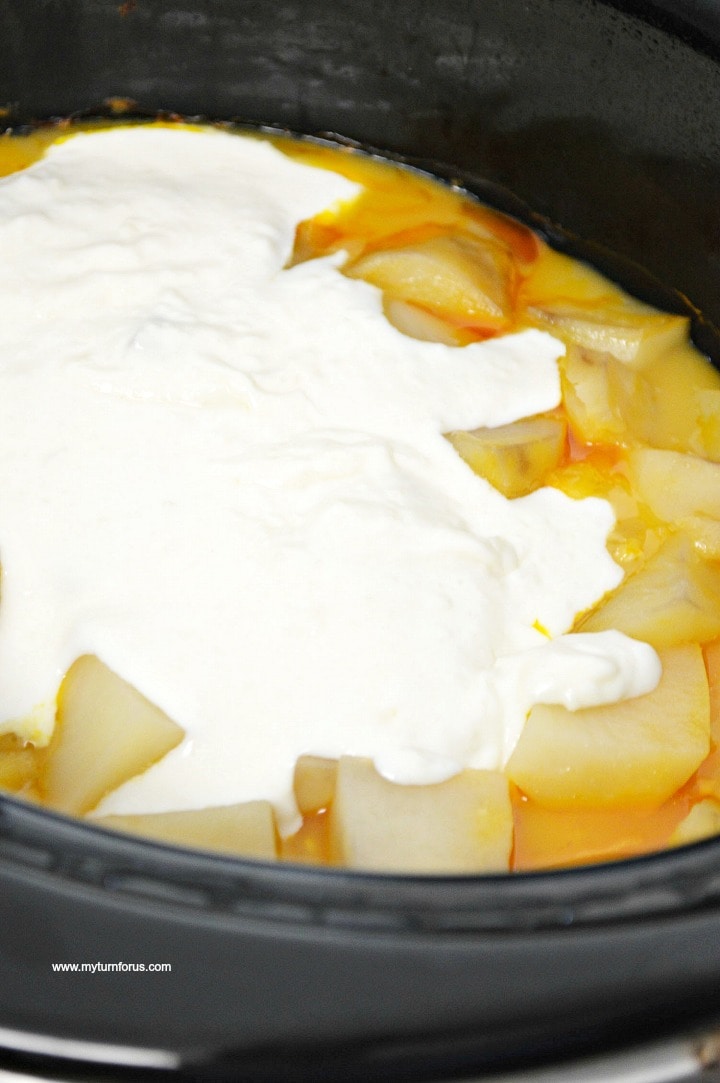 In a medium saucepan, melt butter and after butter is melted whisk in flour.  Then whisk in half and half and cook on medium heat frequently stirring until the mixture begins to thicken.    Add to the crockpot potato soup and stir well. 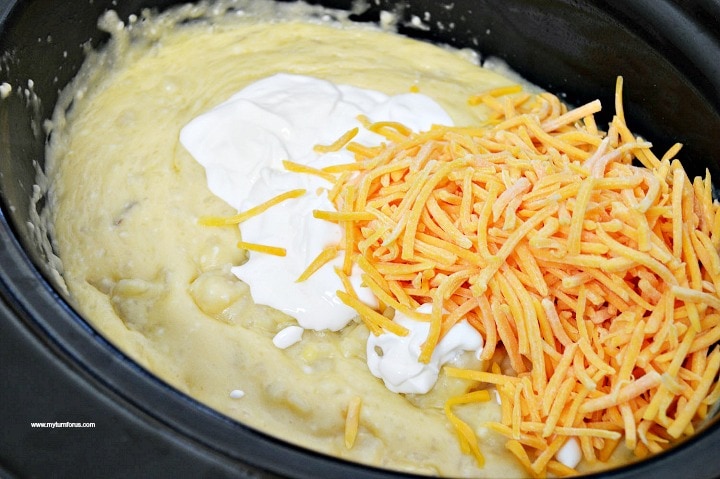 Add sour cream and cheddar cheese to the soup mixture.   Stir occasionally during the last 30 minutes to fully incorporate all ingredients.

See these other Soup Recipes: 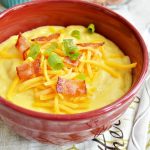 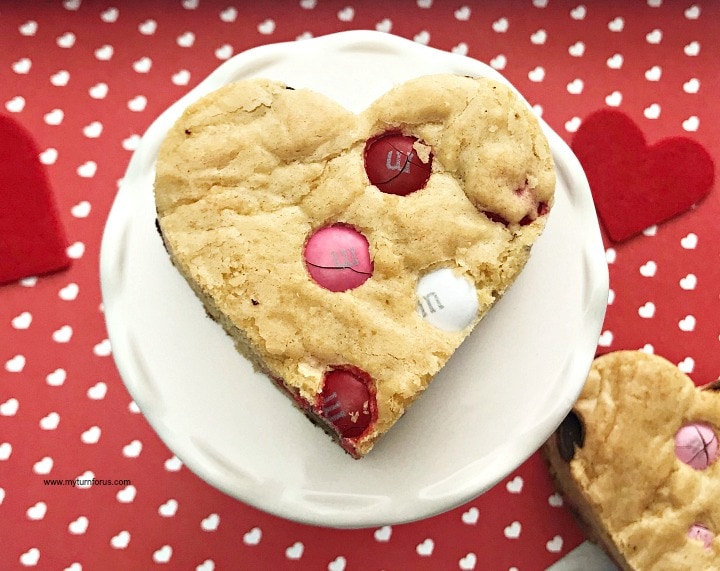 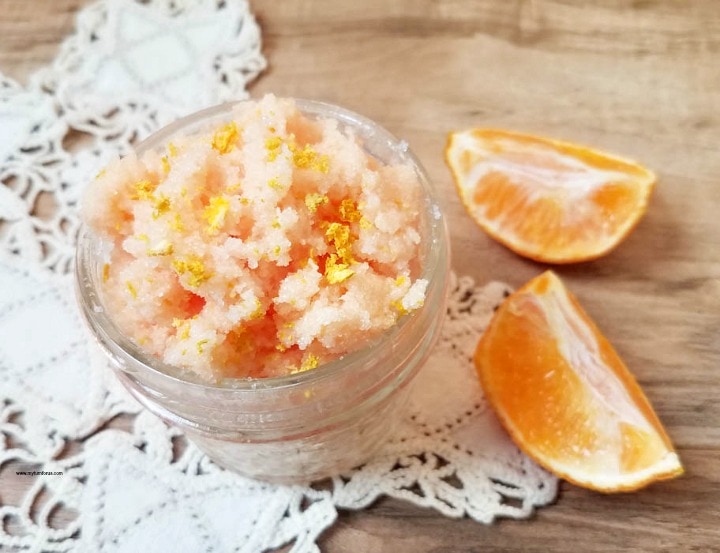